Conservatorships are sexy now? Well, not to those actually experiencing them in real life. But Netflix released a movie in January 2021: I Care A Lot, that plays with the concept of conservatorships. You should know that in the movie, the term guardianship is used instead, but it’s the same concept. In Arizona, a guardianship deals with control over a “person” and conservatorships deal with a person’s “assets/money”. The movie stars Rosamund Pike, who portrays Marla Greyson, a professional legal guardian who is responsible for the care of several wards. That’s not an uncommon profession. There are a number of professional licensed fiduciaries in Arizona who serve in the same type of role. But the creators of this movie threw in a twist for entertainment value, of course. Marla Greyson turns out to be a very bad person – defrauding her elderly clients and trapping them in her care for the rest of their lives. Her oh-so-brilliant plan goes awry when Jennifer Peterson, played by Dianne Wiest, gets ensnared in her scheme.

Arizona also has several other protections in place to prevent things that occurred in the movie from happening in real life. Once a petition is filed for a guardianship or conservatorship proceeding, Arizona courts will appoint an attorney to represent the alleged incapacitated person if they do not already have independent counsel. A Probate Court Investigator is also appointed to interview all interested parties and provide a report to the court with a recommendation as to whether the protective proceeding is warranted and, if needed, who should serve as the fiduciary. Finally, the petition must be supported by a medical report completed by a physician, psychologist, or registered nurse.

Conservators are held to the standard of care applicable to trustees and can face individual liability if they are found personally at fault for injuries to the protected person’s estate. Private fiduciaries also run the risk of losing the license operate their business in Arizona and can face civil liabilities for violating the rules. Conservators must account annually regarding their administration and must support fees earned with time records detailing services provided and time expended to the tenth of an hour. “In rendering an account, the burden is on the trustee to make a proper and satisfactory accounting of the funds coming into his hands, and, if he does not, every intendment is against him.” Schuster’s Estate, 281 P. 38 (Ariz. 1929). With attorneys, investigators, and court accountants all reviewing the fiduciary’s administration, Arizona courts can exercise judicial oversight in the best interests of the protected person.

I Care A Lot hit #1 in Netflix’s streaming list during February 2021, so a lot of people may now be concerned about who will provide care for them when the time comes. Arizona and other states have procedures in place to reduce the likelihood that something like that will happen. But the best way to prevent something like that is by appointing someone ahead of time. If you would like to appoint someone, or if you need help to make sure you don’t step out of line as a fiduciary, I can help you figure out what would be best in your situation.

Nothing but calming, compassionate, informative, and helpful through the probate process. We are now updating our estate plan and continue to receive their attentiveness and professionalism.

Golden Rule gave us excellent service for an excellent price. Mr. Decker and Justin were knowledgeable and friendly and I'm very glad we went to them.

These lawyers live by the motto of their firm. Their kindness and generosity of spirit gives lawyers the good name that all should strive for.

Attorneys Woods & Decker were professional and compassionate. We were grateful for their quick response and ability to meet with us on short notice. They listened carefully and provided us with sound counsel. We highly recommend their services! 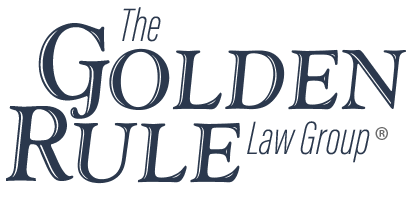